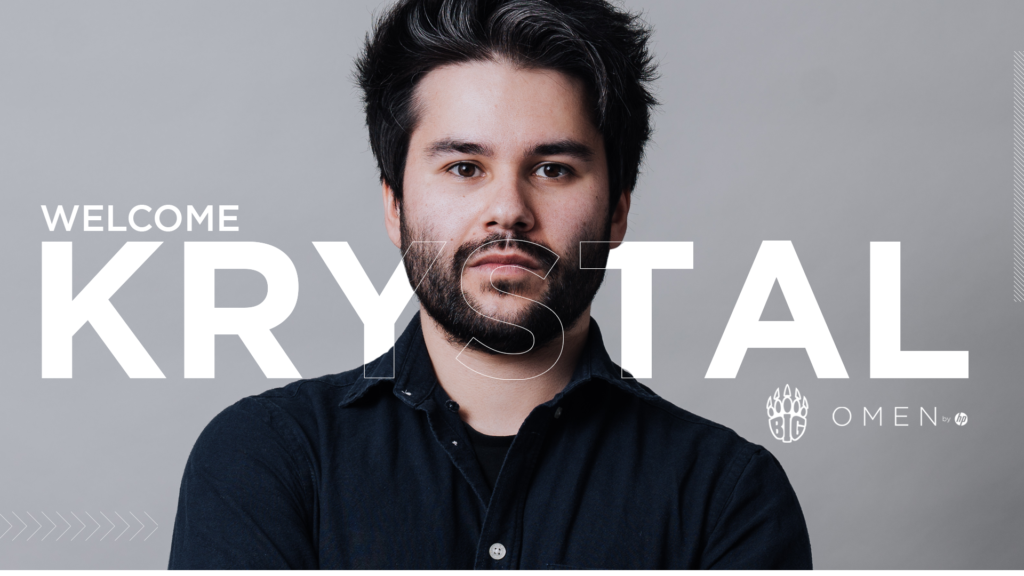 Berlin, 21 June 2019 – We are delighted to announce that BIG and OMEN by HP are expanding the coaching staff of the BIG. OMEN Academy team with multiple major participant Kevin “kRYSTAL” Amend.

Back in May, the academy team of Berlin International Gaming was strengthened by two new members Michael “devraNN” Geutebrück and David “prosus” Hesse. To support the arrival of our new players, and to ensure their development as players, we are also bolstering the coaching team behind them. Multiple major participant Kevin “kRYSTAL” Amend will, in addition to his active career as a professional player, join the BIG. OMEN Academy Team as a trainer and pass on his knowledge as one of the most experienced German CS:GO players. Although kRYSTAL will fulfill coaching duties on the Academy team, he is still primarily seeking opportunities to compete as an active player.

After their promotion to the 1st Division of the 99Damage league, the team now wants to continue on their successful path together with kRYSTAL. The expansion of the coaching staff behind the BIG. OMEN Academy team is an important step to ensure the individual development of the talents within BIG and to continue the success we have achieved so far.

A few weeks ago we were able to strengthen the BIG OMEN Academy team with two top talents. Both 18-year-old Michael “devraNN” Geutebrück and 16-year-old David “prosus” Hesse have settled in well since then and the first results are very promising. We have been working on the expansion of the coaching staff for several weeks now, and Kevin “kRYSTAL” Amend was able to convince us with his many years of experience, including multiple major participations as a player and in-game leader. In the coming periods, Kevin will accompany our BIG. OMEN Academy team as coach and support it in its preparation for all upcoming challenges. The expansion of the coaching staff behind the BIG. OMEN Academy team, which was founded together with OMEN by HP in 2018, is an important step to ensure the individual development of the talents within BIG and to continue the success we have achieved so far.

I’m very happy that with Kevin “kRYSTAL” Amend we were able to secure such an experienced player and friend of many years as coach. At the end of the last season, he helped the team with his know-how and his calm manner. It didn’t surprise me that both he and the players harmonized well. Kevin has always put the success of the team above his own success and it is exactly this mentality that he conveys to our junior players. Welcome to BIG. OMEN Academy!

I am very happy that I am now officially the coach of the BIG. OMEN by HP Academy Team. At first, I only jumped in at short notice to support the team during their preparations. After the first days, I already got a lot of positive feedback from BIG and the players. We got along very well and I was positively surprised at which level the players were already at. I was then offered to support the team at regular intervals parallel to my player career. I really enjoy sharing my knowledge and helping young players to take the next step in their career.