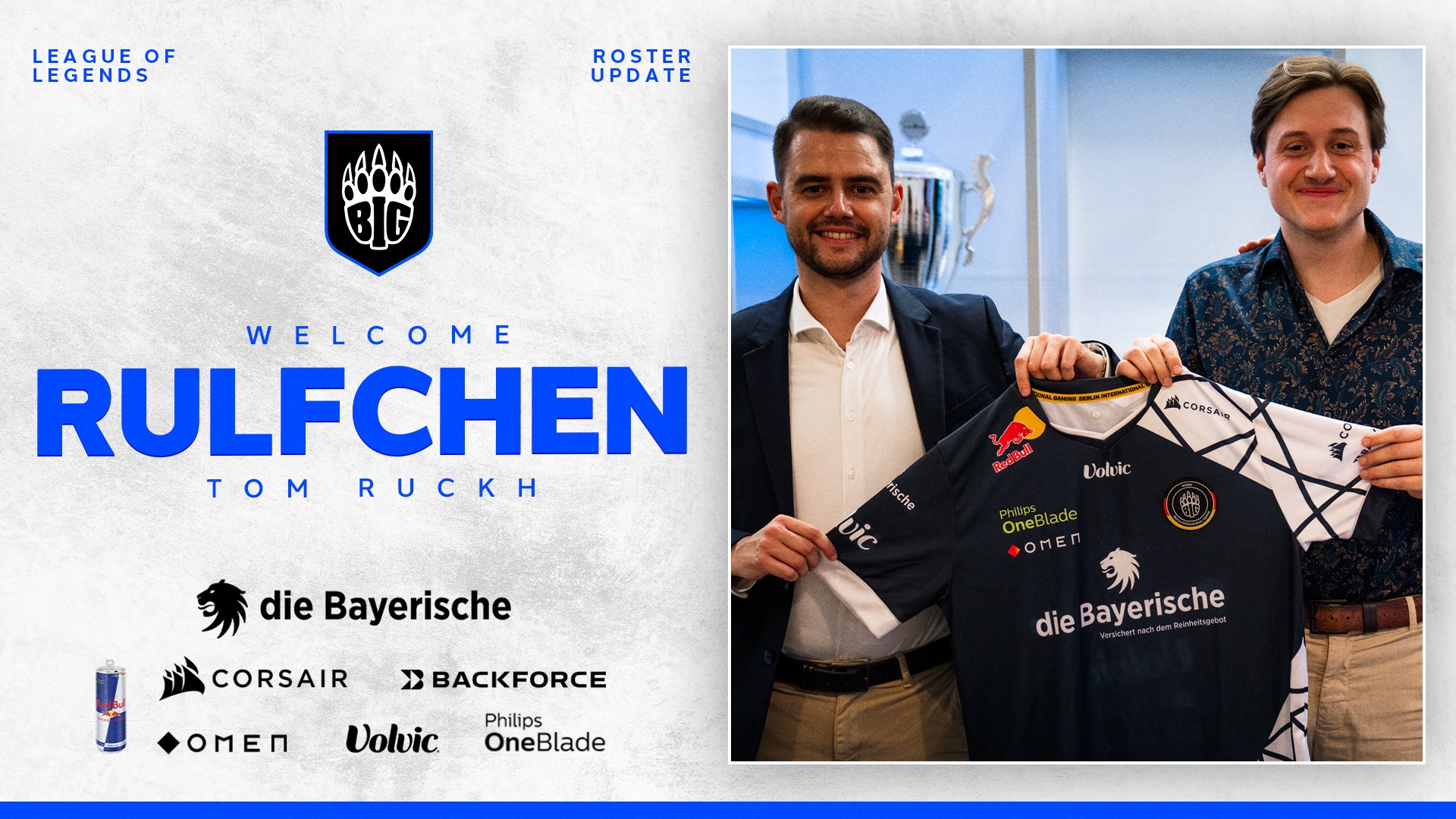 Berlin, November 22nd 2022 – With years of experience under his belt, please welcome the new team captain of our League of Legends Department: Tom “Rulfchen” Ruckh!

As we headed into the new split and the usual roster rebuild, we looked for a personality that can galvanize the team and lead them to success. After careful evaluation, we have found Tom “Rulfchen” Ruckh to be the perfect choice to be our team captain and jungler for the next two years!

A household name in German League of Legends, Rulfchen has demonstrated his abilities as a leader when he successfully qualified for the professional division of Prime League in a grueling battle through the 2021 Spring Promotion. Under his guidance, PENTA 1860 reached first place in their first regular season, and qualified for the European Masters as well by finishing second place in the playoffs.

I’m glad that we could sign Tom “Rulfchen” Ruckh as our new jungler for 2023 and 2024. Tom had a lot of bad luck in the past, but managed to stay positive and grow as leader. It´s time to give him a new home and a comfort zone. When we were planning our new roster he had a huge influence on our picks and you can be sure, there will be some bangers! We will also produce more content around our LoL team to give our athletes the standing they deserve. Welcome Tom!

I am incredibly happy to finally announce that I will be representing BIG as their jungler from 2023 onwards. After a lot of ups & downs over my career finding myself in situations that were beyond my control, I am so grateful to have the chance to represent an organization as professional & prestigious as BIG. With fresh energy and healthy surroundings our goal is clear: Work hard to become a team unlike anything the Prime League has ever seen, and put BIG’s flag in the place it belongs: on top! Watch us! #GOBIG