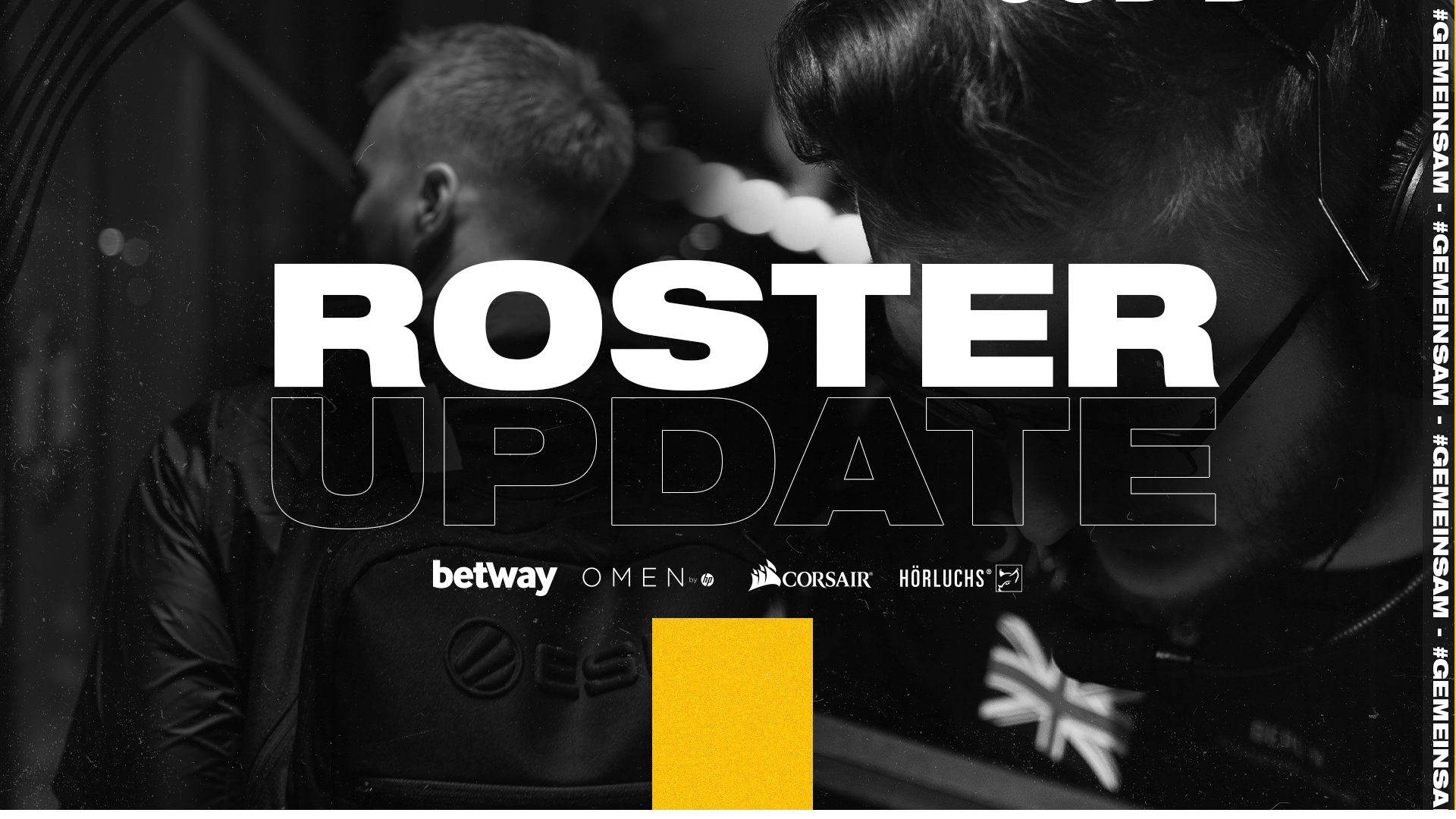 Berlin, August 2nd, 2019 – Today marks a new period in BIG`s history. After Fatih „gob b“ Dayik`s decision to take over a leading role in the organization, the BIG management decided to make multiple changes within the BIG CS:GO division and reshape the line-up for the upcoming challenges.

We are thrilled to announce the comeback of UK`s greatest talent, Owen „smooya“ Butterfield, who was part of our success story in 2018. Smooya will return to the active roster with immediate effect and replace Denis „denis“ Howell.

Furthermore, Johannes „nex“ Maget will be actively preparing himself for a return to the team. Like smooya, nex was a pillar of our success in 2018, but began experiencing health issues, which impacted his ability to play in a professional team.

Since his departure in May, Johannes Maget`s recovery on the sidelines is nearly completed and he is feeling ready again to compete on a top-level. Until his recovery and preparation is completed, Nikola „LEGIJA“ Ninic will join the team as a interim-replacement and support the team on the flanks as an experienced support player. His first appearance will be during the upcoming ESL One NY Qualifier, taking place between August 3rd – 7th. That means the team will come together for this qualifier during their player pause and intercept their holidays.

Besides the restructuring measures within the roster, Alexander „kakafu“ Szymanczyk will step down from his current obligations within the BIG professional coaching team. We will provide further information about the composition of our coaching staff in the upcoming weeks.

Considering the changes mentioned above, we can announce the following line-up:

As mentioned earlier today, the management board and Fatih “gob b” Dayik are convinced that a major change was needed and we are looking forward to this new era of BIG.

At this point, we want to say thank you towards the people and players who who are currently not part of the active roster anymore. First of all, Fatih „gob b“ Dayik, a true esport legend and the most successful CS-players in Germany, announced his new role within BIG today (BIG & gob b: A new Chapter) and we want to express our deep gratitude again for all his efforts for us as a player and team-captain.

Additionally, we want to express our thankfulness for the tremendous efforts and hard work Alexander „kakafu“ Szymanczyk did put into our team since the beginning of 2017. Thank you, Alex.

2019 has been a challenging year so far, but every difficult situation comes with opportunities to make the right decisions. We went through many difficult and challenging periods and we always managed to overcome those times with hard work and dedication. But not everything went as expected this year and we had different expectations at the beginning of 2019. For this reason, we decided to make significant changes within our CS:GO division. The decisions we had to make were difficult and tough on a personal level. We are not a „cold“ organization, we believe in friendship, team spirit and all of us have a good heart – we are a family and share the same values. That is why I want to express my gratitude to all of the people who are affected by those decisions.

Looking into the future, I am thrilled about this new composition. We have an extremely talented roster and I am convinced that we are able to improve – step by step – and prove again that BIG belongs to top esports organizations on this planet.

We took our time to evaluate the best possible roster for the 2nd half of 2019, which will feature the return of the “UK hope” smooya and our founding member nex. Owen worked hard for his 2nd chance, so did nex for his comeback. Of course, I’m sad about gob not being in the team anymore, he is a longtime friend of mine and was the reason of our success in the past, but we will see him soon in another important position in BIG. Let’s go BIG! #gemeinsam