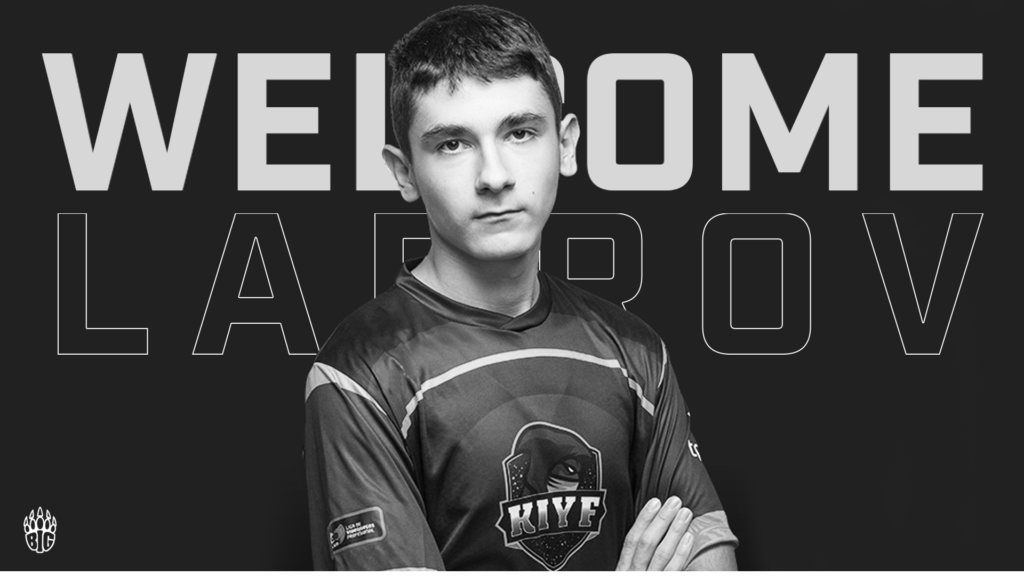 It is with a heavy heart that we say goodbye to SirNukesAlot. With his experience and support excellence, we have won back to back Premier Tour titles, and have made deep runs in numerous other LAN events. We would like to thank him for his time, and wish him the best of luck in his further endavours!

Coming in as our new fifth will be the young greek support-role virtuoso Labros “labrov” Papoutsakis. Having already played with Matyáš “Carzzy” Orság and Dirk “ZaZee” Mallner before in LVP Spain, he now reunites with his former teammates to form a strong and dynamic bot lane.

Moving forward, our League of Legends roster will be the following:

As we head into the new season, we are very happy to continue working with our players, who have made up a very successful core in the previous split!

Even after a successful split we look to improve wherever we can. I’m extremely happy to welcome labrov to the team, not only is he a young and very talented player, but he has also previously played with some of our current players. I want to say thank you to Risto who helped us a lot during our run last season!

I’m really happy to join my former teammates Carzzy and ZaZee in BIG. The next split will be really competitive and I’ll do my best to prove myself at EU Masters.