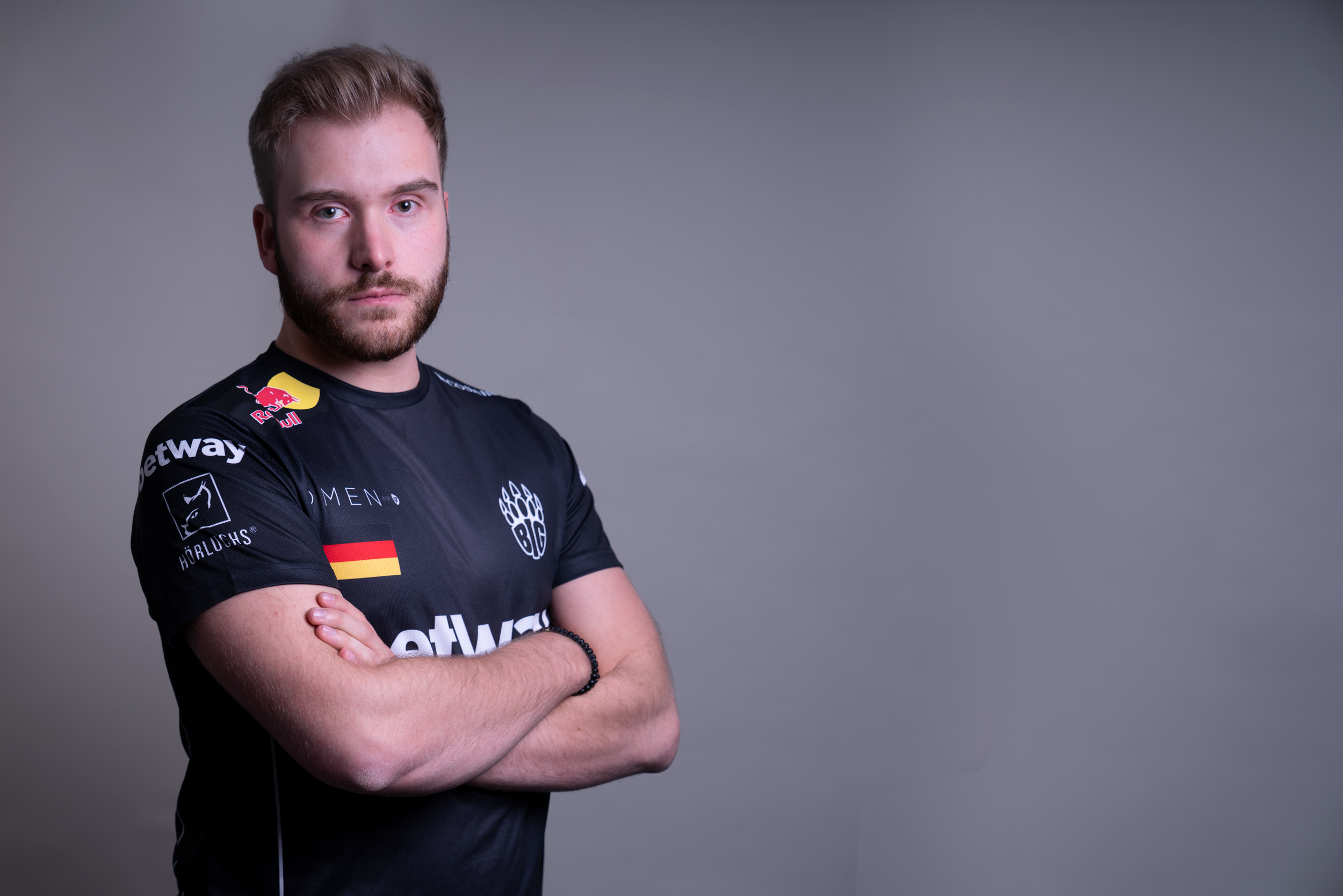 Berlin, May 15th 2019 BIG welcomes Denis “denis” Howell as a replacement for Johannes “nex” Maget, who will move to a substitute position. Denis Howell, eight-time major participant, will have his first appearance at ESL Pro League in Leicester next week.

Johannes “nex” Maget, a founding member and shareholder of BIG, already played a vital role in our history and showcased his outstanding talent on the biggest stages of esports. Due to on-going health issues and after an intense evaluation of the team’s situation, we came to the joint conclusion that a roster change will help both BIG and Johannes “nex” Maget in all future endeavors. While recovering, Johannes “nex” Maget will continue to support the team from the sidelines on a substitute position.

Meanwhile, we welcome Denis “denis” Howell to BIG, one of Germany’s most experienced players. The eight-time major participant will join the team in Berlin this week to start the preparation for the upcoming ESL Pro League group stage next week and ESL One Cologne in July. #GOBIG

Today we announce the addition of Denis “denis” Howell to our active roster. Denis is clearly one of the most experienced and consistent players in Germany and already played on a top level internationally. We are happy to have found a player who can help us during the upcoming challenges with all his knowledge and energy he can bring to the team.

While transfers & player changes in sports clubs happen on a daily basis, some of them are tough to make. The replacement of Johannes “nex” Maget is definitely one of those. As a founding member of BIG, Johannes not only helped us with his tremendous talent as a player, he also shaped the organization and our identity since our foundation. The whole BIG team will support him during the recovery phase and his upcoming competitive pause. I’m extremely thankful for all his efforts and all the unforgettable moments we shared so far. Moreover, I`m proud to have him as a friend and shareholder on board of the BIG family and we will continue to write history together with him. It’s not a farewell.

Today, I am happy to announce that I will be joining BIG. I will step in big footsteps, but I will give my best to improve the team with some things I learned throughout the past years of my career. I am especially looking forward to working with old friends again, with whom I already worked in the past.