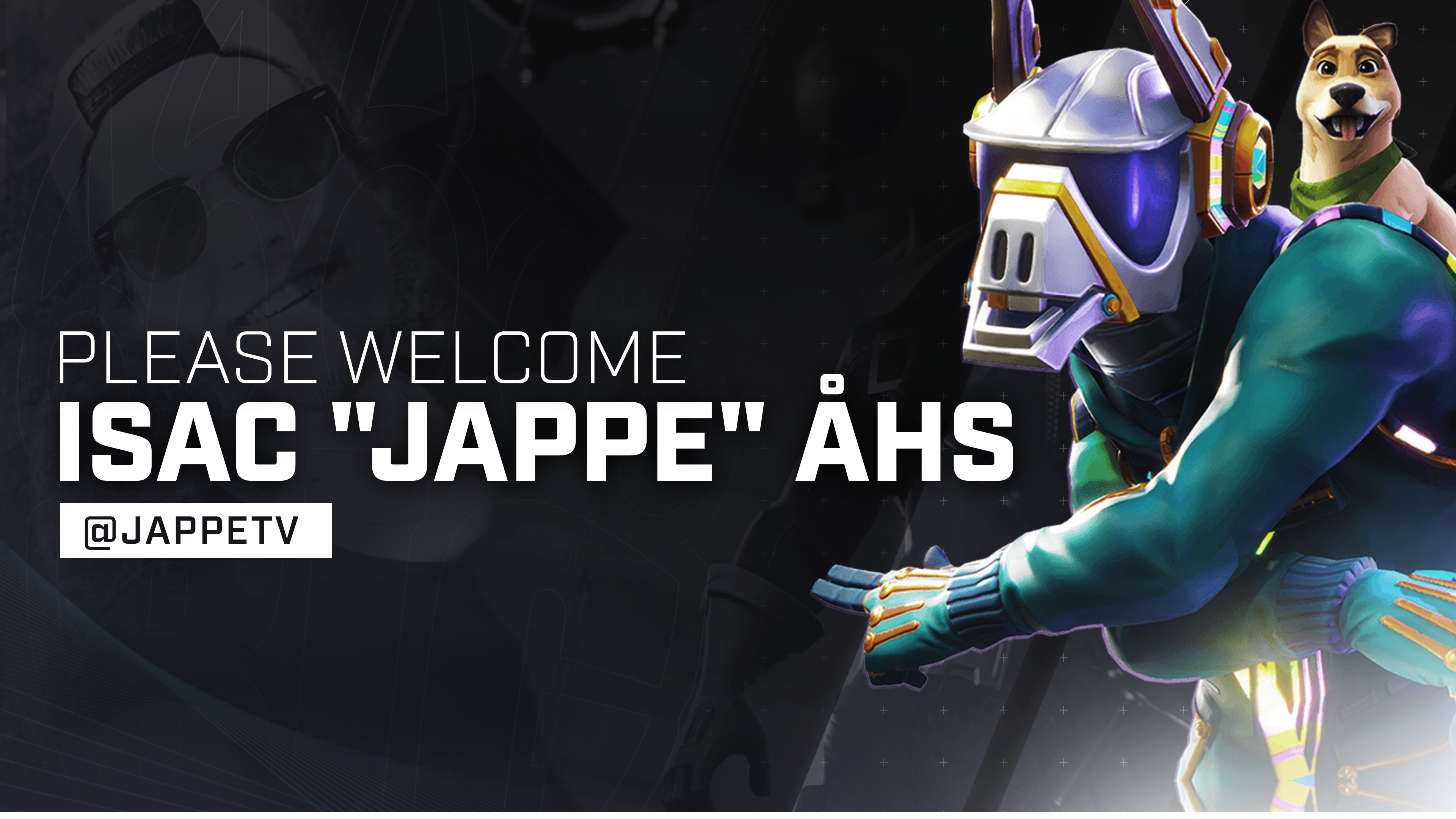 Little over three months ago, we made our first steps into the Fortnite pro scene by signing Daniel “DomiNate” Garcia as our Fortnite player and streamer. DomiNate quickly made a name for himself in the scene, securing invites to the Summer and Fall Skirmish tournament series, where he has won nearly $20,000 already. Today, we are incredibly excited to announce that we are signing DomiNate’s partner-in-crime, Isac “Jappe” Åhs as our second Fortnite player!

If you watched DomiNate’s streams, you are probably already familiar with Jappe. After meeting each other by matching in a squad in Season 3, Jappe and DomiNate quickly became a fearsome duo, playing together for most of Season 4 and securing multiple victories. Jappe himself has been playing Fortnite since Season 1, and recognizing his talent, decided that he wants to start competing at a higher level. Grinding his way up the leaderboards and performing in scrims, he now stands ready to take on the best in the world, and we are extremely happy to be able to support him in achieving his goals.

Both our CS:GO and League of Legends teams are known for the emphasis they place on the importance of teamwork, and have achieved great results by playing off each other and trusting in their teammates. As such, it only makes sense that we officially unite Jappe and DomiNate so they can further hone their skill and synergy. With nearly $19 million already paid out in prizes for tournaments in 2018 only, Fortnite has proved that it’s a rapidly growing title with a strong backing, making it a perfect choice to dedicate more time, attention and energy to.

Joining BIG is simply amazing. You guys are going to be my family! I can hardly wait to take over the Fortnite professional scene alongside DomiNate, and we will grind an incredible amount to ensure that happens! Like they say: GO BIG!

Tens of millions of players worldwide are passionate about Fortnite and strive to be part of the professional competitive scene. Only a few make it to the top. Therefore, we’re incredibly thrilled to complete our 2v2 roster with Isac “Jappe” Åhs, an outstanding Swedish talent, who proved himself to be able to compete against the best in the world. Welcome to BIG!