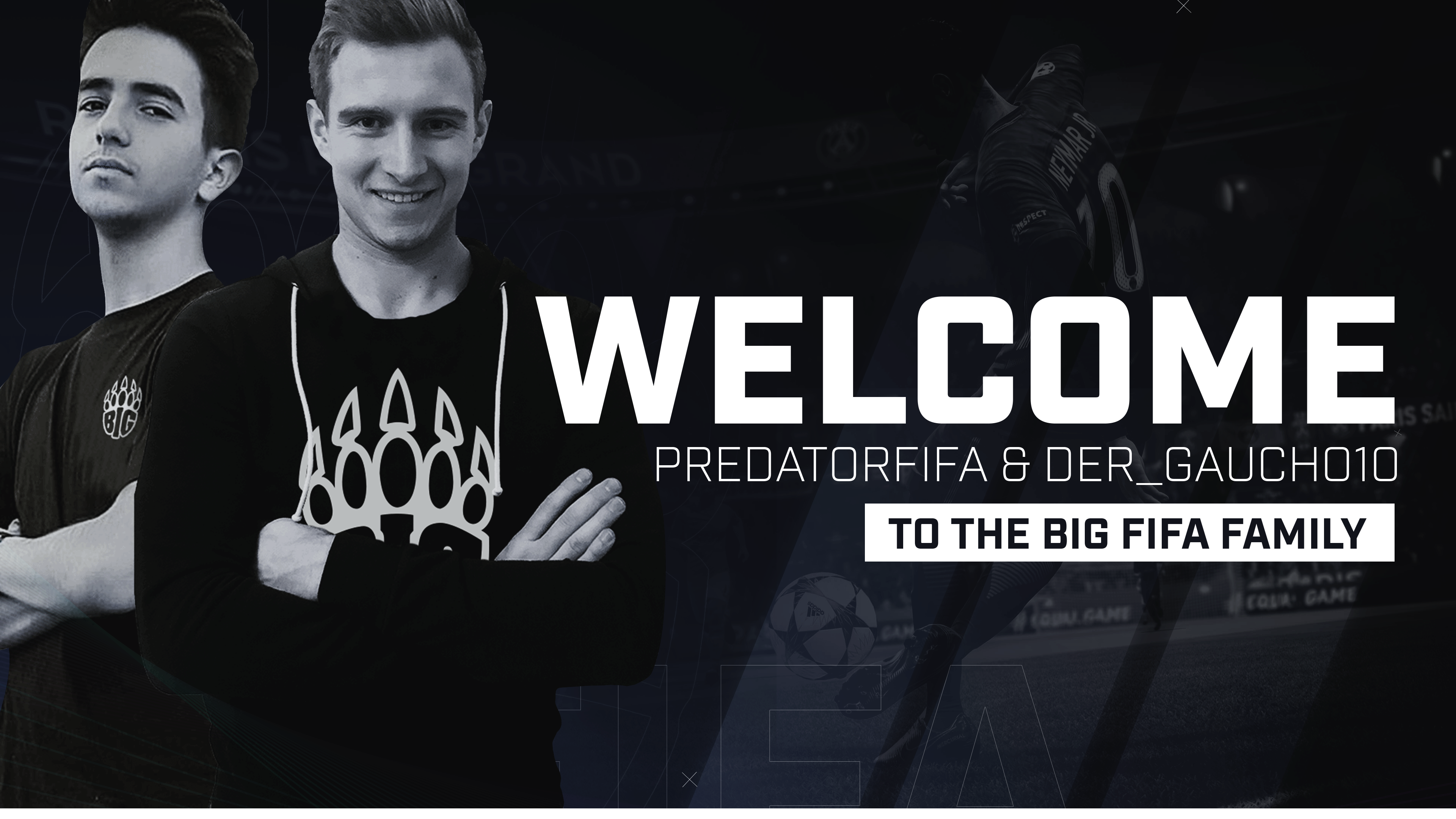 In June 2018, we revealed our expansion into FIFA esports, signing German talent Oguzhan “oguzhan” Metin as our first FIFA player. With the release of FIFA19 in September, we made it our goal to become more involved with the game and the professional circuit. Today we are excited to announce that Ali “PredatorFIFA” Oskoui Rad and Richard “Der_Gaucho10” Hormes will be joining Berlin International Gaming as our new FIFA players!

Ali himself has a strong background in football simulators. When he was eight years old, his father bought him a Wii, on which he spent most of his childhood playing PES. In 2012 Ali started playing FIFA, gradually becoming better and better at the game. By FIFA18, Ali was winning matches against pro players and was participating in tournaments, even winning a few.

I am incredibly proud to be part of Berlin International Gaming, and I am looking forward to representing them in the best way possible! Since experiencing the competitive thrill, I have been working on improving my game every day, and I will work hard to achieve all of my goals!

Joining alongside Ali, is Richard “Der_Gaucho10” Hormes, who has been playing FIFA since FIFA99. Although back then he wasn’t competing at a professional level, he saw his potential and wanted to become better in order to climb higher in the rankings. By the time FIFA17 was released with FUT Champions, Richard was already playing at a high level, and set it as his goal to become a professional player in FIFA18.

It is a huge step for me to join such a great and famous organisation like Berlin International Gaming. By signing with the, I can now focus on gameplay and my goal of playing in as many events as possible, especially the eWorld Cup! I am looking forward to the coming year!

When we signed Oguzhan back in June, we made our first step as an organisation into FIFA esports. We quickly came to see the value and potential in FIFA, and set it as one of our goals to dedicate more time to in the future. After several months of reviewing our options, we settled with two extremely talented players hungry for success. I am very happy to know that we have Ali and Richard on our team as we move into 2019, and I can’t wait to make BIG a household name in FIFA esports!