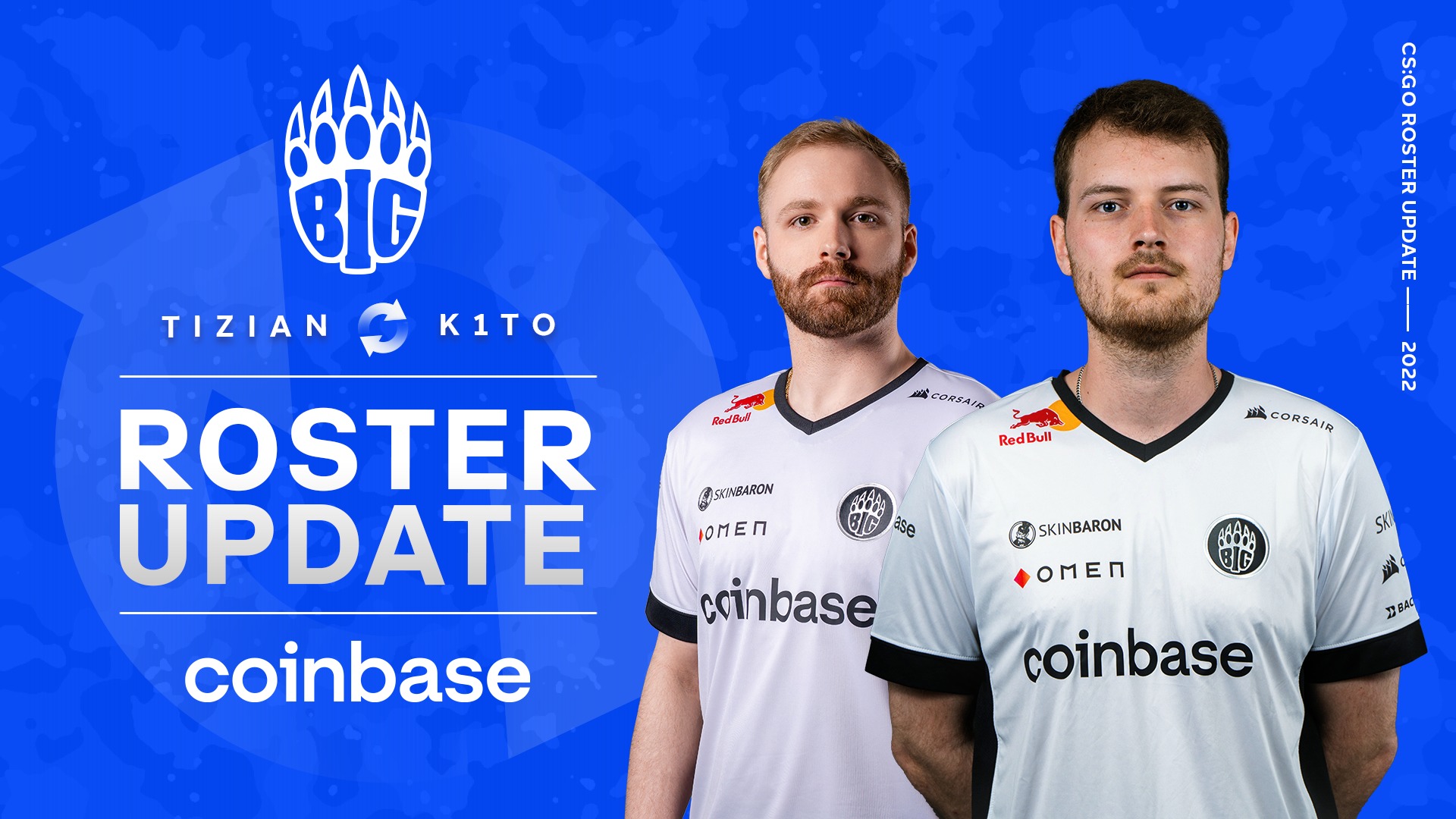 Berlin, August 9th 2022 – Heading into the second half of the competitive calendar, we would like to welcome back Nils “k1to” Gruhne to our main CS:GO lineup.

Leading the BIG OMEN Academy as their captain for the past several months, Nils has shown admirable development as a player and has worked hard for his ticket back to the main team. This was confirmed on the server as well when he has assisted the team as a substitute player in the past few tournaments, most notably helping them win the Roobet Cup.

Stepping down from the main team will be Tizian “tiziaN” Feldbusch. Tizian has been part of BIG since 2018 and has played a key role in all of our competitive successes over the years. His contribution to the development of BIG cannot be overstated, which is why he will continue to be part of the organization in a new role.

With our roster now set for the next season, the team is already bootcamping in Berlin and preparing for our next challenges, namely the BLAST Premier Fall Groups and the 16th season of the ESL Pro League. To answer any questions you may have about the change and the upcoming season, Christian Lenz and Roman Reinhardt will hold a Coinbase #pressekonfeLENZ tomorrow at 8 PM CEST.

With the start of the new season, we would like to announce that Nils “k1to” Gruhne will return to the main roster with immediate effect. k1to has been working very hard on his return in the past months and has convinced with excellent performances in the BIG OMEN Academy.

With this change, Tizian “tiziaN” Feldbusch will step down from the team. He will continue to be an important part of BIG, taking on a new role in our organization. Being part of the BIG Family since 2018, I am delighted that tiziaN and BIG will continue to write this new chapter in his career side by side.