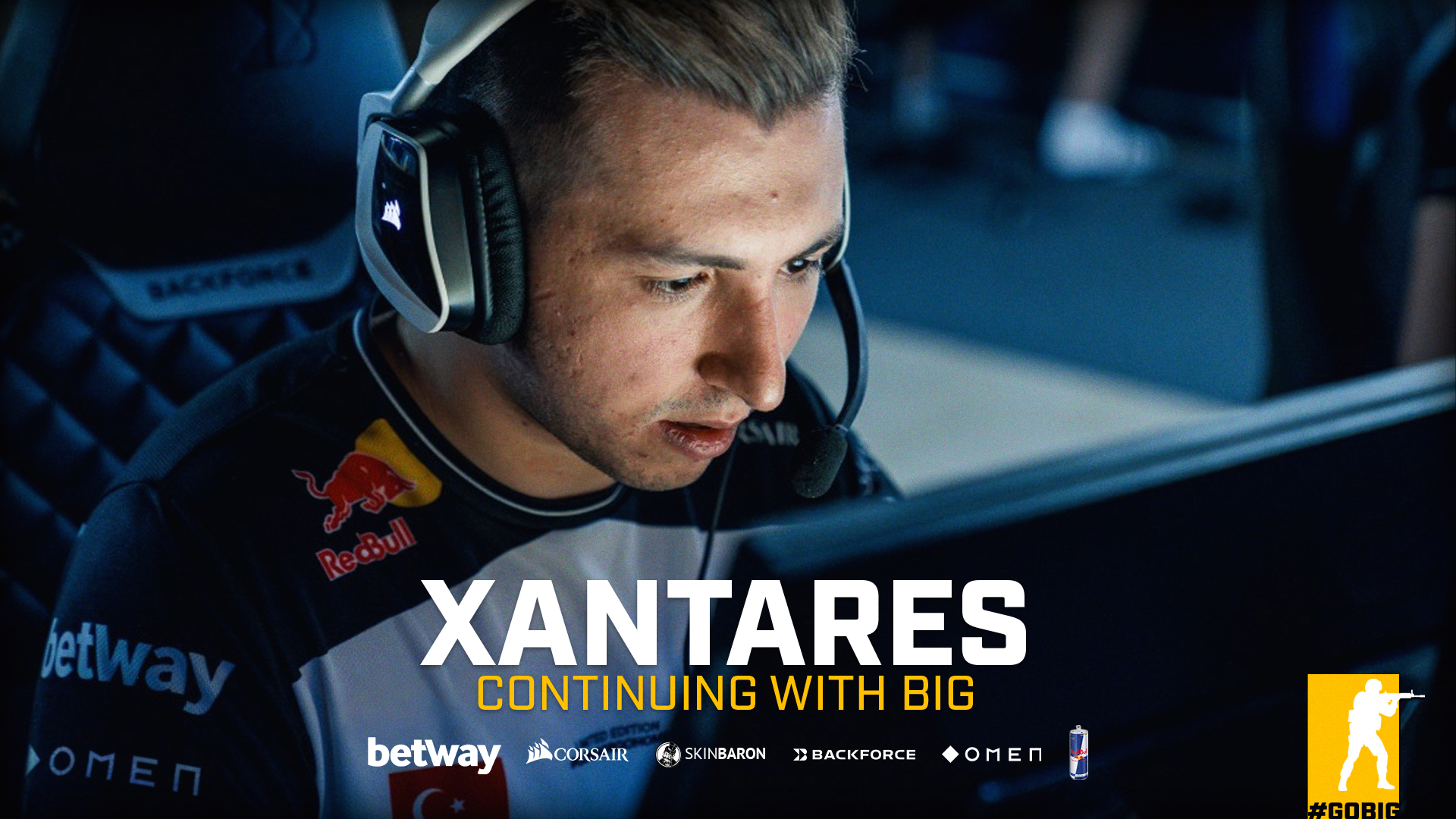 Berlin, September 28th 2020 – Today we are delighted to share the fantastic news that our fragger extraordinaire and valued BIG family member Ismailcan “XANTARES” Dörtkardeş is extending his contract, and will continue competing with our main CS:GO team in 2021.

Entering the BIG family nearly two years ago, XANTARES has transformed from an exciting young prospect to a well-rounded, elite player, capable of consistent championship-winning performances. With the help of XANTARES we brought home three DreamHack titles in 2020, won cs_summit 6, and persevered through the hardships of 2019. By winning seven titles this year, we have also made the unprecedented leap to be the number one ranked team in the world. He is, however, not just an incredible player, but also an important part of the organization and a person who has become an indispensable friend to all of us.

At the end of 2018, XANTARES joined BIG as one of the world’s most outstanding talents. In 2020 he proved himself to be one of the world’s best players, supporting our team to win six tournaments year-to-date, including victories at major tournaments such as DreamHack Masters and CS_Summit 6. His development this year has been significant. With his loyalty, team spirit, and endless dedication to becoming a better player every day, he represents BIG’s core values. Today, I am delighted to announce that XANTARES will continue to be a BIG player in 2021.

First of all, I want to thank all of you very much for providing full support to me and my team this last year.  Together with the #BIGFamily, who I joined back in 2018, we achieved great success in 2020. I am delighted to announce our decision on extending my contract. Have no doubt that – together with all your support – my team and I are going to do the best we can to continue with all our success in 2021. Take care of yourselves.

You don’t have to wait long to see XANTARES continue his fireworks on the server, as the team is competing in the playoffs of ESL Pro League Season 12 tomorrow, and will also appear at IEM New York 2020 and DreamHack Open Fall later this season. Here’s to another year of success with XANTARES! #GOBIG