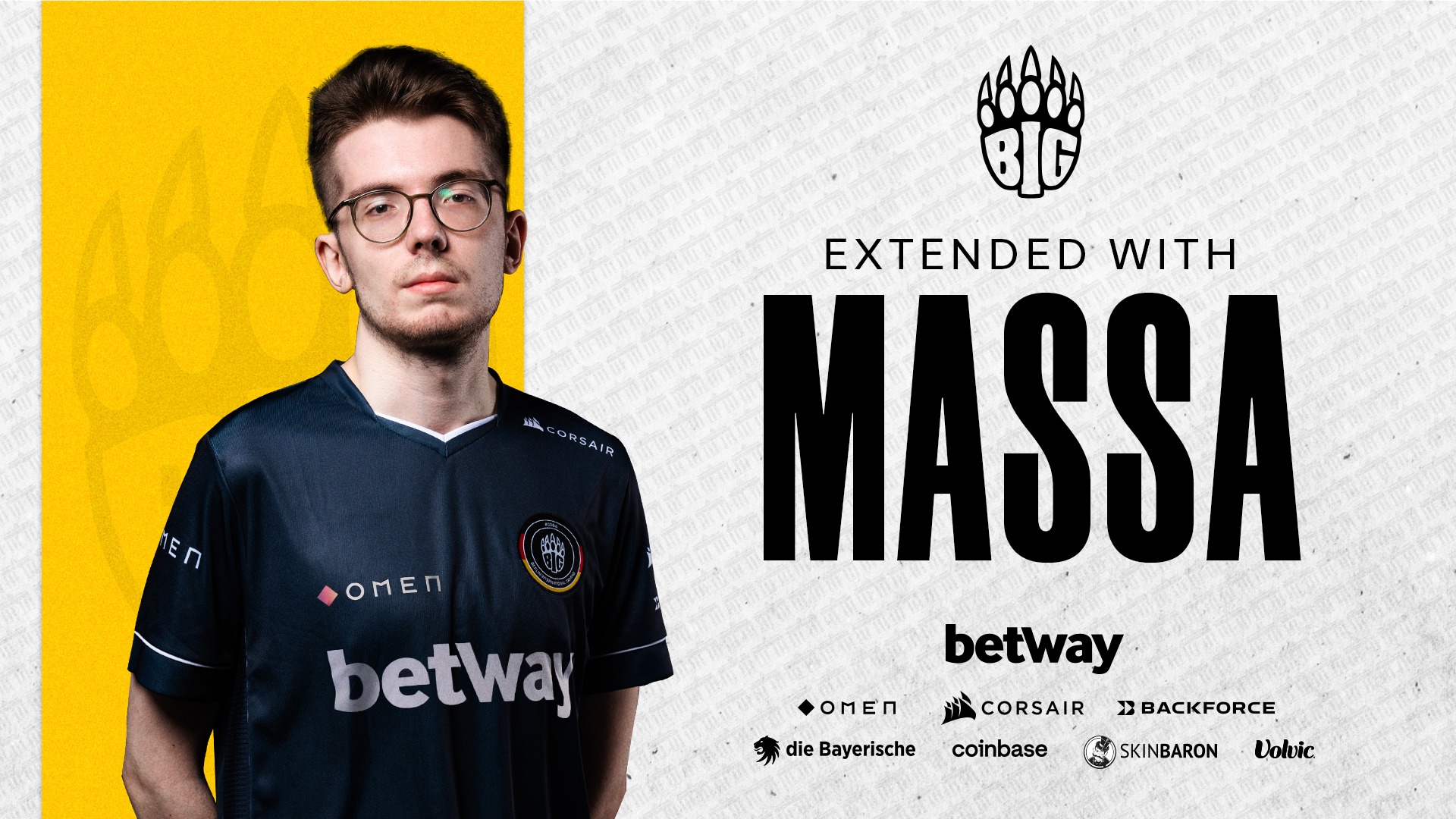 Berlin, October 17th 2021 – We are delighted to announce that our Trackmania player Dennis “Massa” Lotze will continue to represent BIG moving forward!

Joining BIG in early 2018, Massa is not only one of the best Trackmania players in the world, but a model professional, fantastic brand ambassador, and an important community figure in the BIG Family. He has introduced Trackmania to hundreds of new fans, and through his stream and personality he popularized the title in our community.

During his tenure with us, Massa has achieved numerous great placings in the Trackmania Grand League, as well as becoming German Champion earlier this year, and has helped organize the BIG x Volvic Charity Race. Make sure to tune in for the kick-off of TMGL Fall tonight as he wears the BIG colors for yet another season!

Before the start of the next Trackmania Grand League season, we are pleased to announce that we have reached an agreement with our driver Massa for a long-term extension of his contract. This commitment shows how important the Trackmania community is to us and how much we are convinced of Massa as a strong person and great athlete. It gives me great pleasure that Dennis will continue to be an essential part of the BIG Family as one of the best Trackmania players in the world.

Continuing with BIG is more than just a contract every time. By now I feel like this is my home and I’m more than happy to work with them and our partners for many more years! I am excited for the future and thankful for the trust. #GOBIG