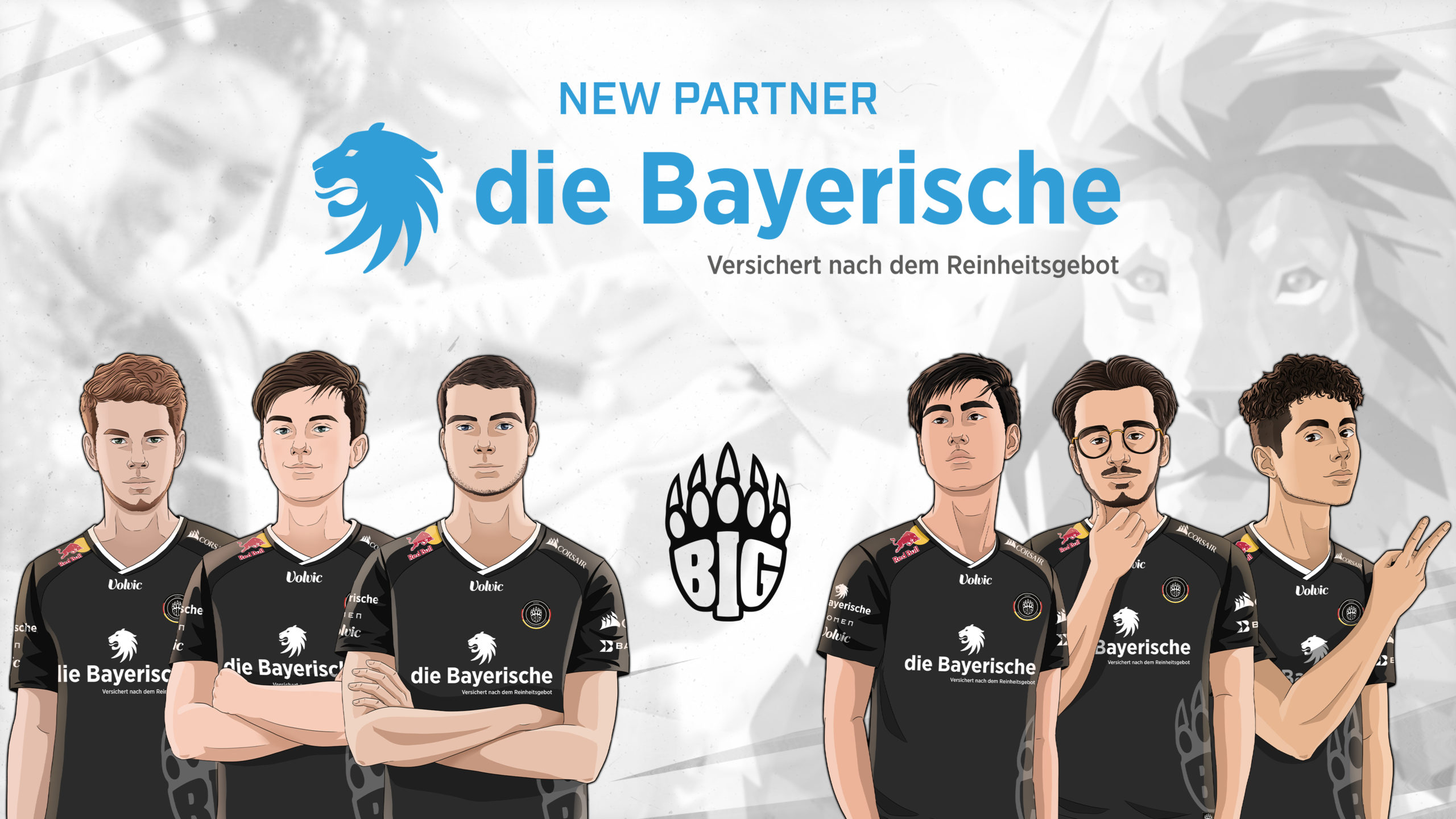 The German insurance group breaks new ground and expands its sponsorship commitments to the market of esports. At the beginning of the 2021 season, die Bayerische will start as the official insurance partner of Berlin International Gaming (BIG), one of the most successful esports organizations in Europe. As BIG’s League of Legends team’s main partner, the insurance group also backs the department that has an EU Masters championship and multiple trophies under their belt.

“We have been watching the triumphant advance of esports in Europe with great enthusiasm for some time now,” says Martin Gräfer, member of the Board of Management of the insurance group die Bayerische. “With our commitment to Berlin International Gaming, we are now taking the first step in this young, dynamic and rapidly growing environment. It gives us immense pleasure to do this side by side with one of the absolute big players of German esports clubs. We can’t wait to go on a title hunt together with BIG and the BIG Family.”

“As a club, we are very honored to be able to accompany such a traditional insurance company as a partner in esports for the first time,” says Daniel Finkler, CEO Berlin International Gaming. “The partnership is another milestone in our history and shows the relevance of the German esports market. We are looking forward to a long-term cooperation.”

Based in Berlin, Berlin International Gaming (known worldwide by the acronym BIG) is one of the most successful European esports organizations. Currently, the German club employs top teams and players in the titles League of Legends, CS:GO, Quake, StarCraft, Valorant and Trackmania. Since 2017, the club has been able to establish itself at the top of the world and celebrate numerous respectable successes in various disciplines. BIG’s partner portfolio includes OMEN (HP), Corsair, Red Bull, Betway, SkinBaron, Backforce (Interstuhl) and Volvic.

BIG’s League Of Legends Team secured a total of six championships in 2019, including three Premier Tour wins and one German championship. The highlight of the team is considered to be winning the European Masters Summer 2019 in Katowice, Poland. Since 2020, the team has been playing in the Prime League, the most prestigious League Of Legends division in the DACH region.

As the official insurance partner of Berlin International Gaming, the two partners will develop target group-oriented esports products and services in the future. As part of the partnership, die Bayerische acquires an extensive main partner rights package in League Of Legends as well as additional rights in the renowned game titles “Trackmania” with racing driver Dennis “Massa” Lotze and “StarCraft 2” with Tobias “ShoWTimE” Sieber. Die Bayerische and Berlin International Gaming focus on brand visibility and addressing target groups via digital channels in all rights packages. In this way, the insurance group aims to raise its profile among the young target group and create added value for the esports community.

Since 2016, die Bayerische has been the main sponsor of the traditional football club TSV 1860 München and thus has a prominent presence in traditional sports as an insurance partner. In addition, the insurance company also supports clubs and projects in popular sports and is involved in social partnerships. The two brand ambassadors Samuel Koch and multiple Olympic champion Magdalena Neuner, brand ambassador of the sustainable insurance and pension brand Pangaea Life, round off the company’s current sponsorship portfolio.