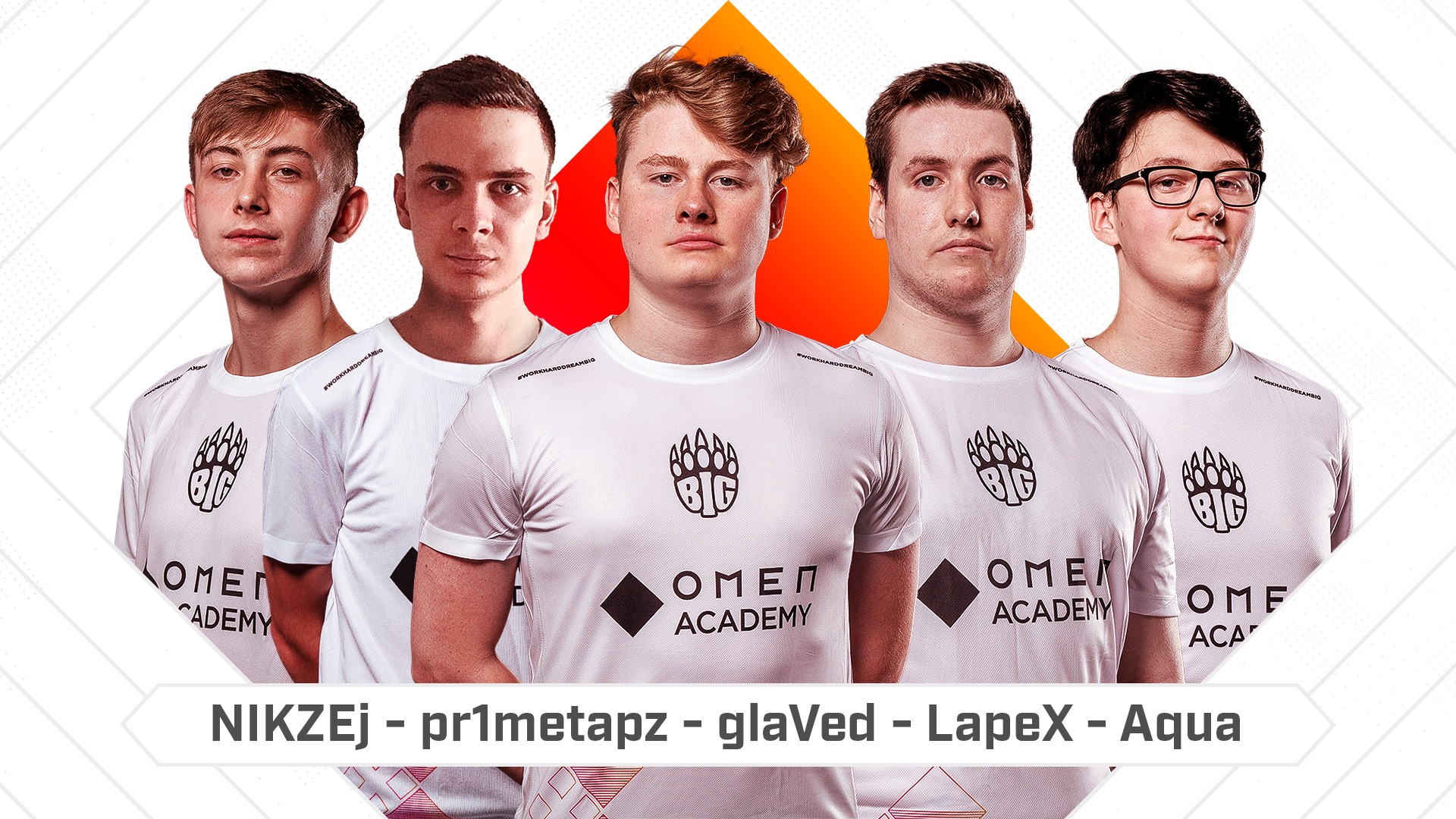 Berlin, July 19th 2021 – With our participation in the newly announced WePlay Academy League, we have decided to restructure the BIG. OMEN Academy team! We are now ready to take on the other academy teams with some of the most promising young talents Germany has to offer.

Continuing from our previous line-up are NIKZEj and LapeX, as well as Sanshine who will be our sixth player. Already playing with the team in the last season, we now welcome pr1metapz on a permanent basis, with the roster being rounded out by glaVed and Aqua who already have significant experience under their belt. We would also like to thank DuubLex, Sw1ft and tazmin for their work in the past season, and wish them the best of luck moving forward!

When we got to know that WePlay will host the biggest academy project for CS:GO so far, we knew that it is necessary to make some adjustments to our roster. First of all thanks to DuubLex, Sw1ft and tazmin for their effort in the beginning of 2021. Adding LapeX to our roster shortly after our start already gave us a boost regarding results, which is why we wanted to continue with him as our new team captain. NIKZEj and Sanshine also showed some good progress, so we decided to keep both with NIKZEj remaining in the starting five and Sanshine becoming our 6th player. I’m more than happy that we were able to sign some of the best talents Germany has to offer: pr1metapz, glaVed and Aqua. Together with our coaching staff TuGuX and Printek we are aiming to have a good showing in the new WePlay Academy League.

With our new line-up we continue our mission of developing talent in the German scene, now in a structured circuit through the WePlay Academy League where we aim for a strong finish. We will also push for reaching the top in 99Liga and ESL Meisterschaft, as well as doing well in ESEA Main. Make sure to watch the debut of our new roster tonight in the WePlay Academy League against Na’Vi Junior where we will compete for the lion’s share of $100,000 and a spot in the LAN finals!